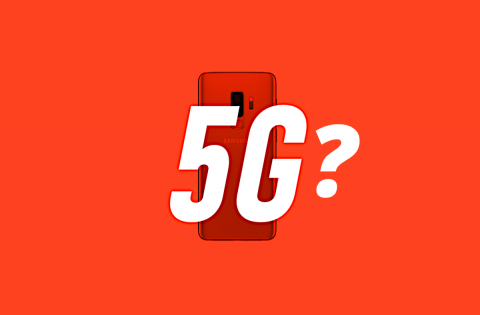 It really feels like I have been here before, wait a sec.. I have… T-Mobile selling fake 4G… sad but true. Once again the networks are trying to say they have a new technology that they don’t have, this time the main offender is AT&T, and people are pissed.

AT&T has taken upon itself to update phones with a brand new 5G logo replacing the 4G or LTE logo.  Now for some this will be welcomed as they couldn’t care that it is fake and it’ll be something to show off to friends… but for people who want honesty this will be just another thing to make them distrust another wireless company lying about its wireless service.

5G is the fifth generation of cellular mobile communications. It succeeds the 4G (LTE/WiMax), 3G (UMTS) and 2G (GSM) systems. 5G performance targets high data rate, reduced latency, energy saving, cost reduction, higher system capacity, and massive device connectivity. The first phase of 5G specifications in Release-15 will be completed by April 2019 to accommodate the early commercial deployment. The second phase in Release-16 is due to be completed by April 2020 for submission to the International Telecommunication Union (ITU) as a candidate of IMT-2020 technology.

The ITU IMT-2020 specification demands speeds up to 20 gigabits per second, achievable with millimeter waves of 15 gigahertz and higher frequency. 3GPP is going to submit 5G NR (New Radio) as its 5G communication standard proposal. 5G NR can include lower frequencies, from 600 MHz to 6 GHz. However, the speeds in early deployments, using 5G NR software on 4G hardware (non-standalone), are only slightly higher than new 4G systems, estimated at 15% to 50% faster. Simulation of standalone eMBB deployments showed improved throughput by 150% below 6 GHz and by nearly 20x at millimeter waves.